Internet Being Censorship due to the Coronavirus?

Is the Internet Being Censored Because of Coronavirus? 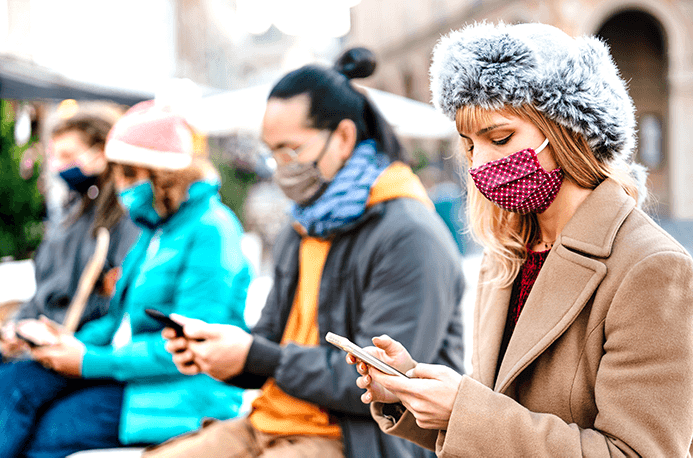 Well, yes. But that’s not the right question to ask. The question is: “Is the curtailment of Freedom of Speech merited and correct during such unprecedented times?”

Active censorship of COVID “misinformation” has been going on since the very beginning of the pandemic and only seems to be getting worse, even going so far as to ban videos of concerns to vaccinations based on religious convictions.

From a perspective of liberty and democracy, the situation is terrifying.

This article is no argument as to whether or not you should be taking Zinc or upping your Vitamin D. It isn’t even an argument against getting vaccinated every year and touting your Vaccine Passport like a trophy. By all means, do that — if you so choose and if you made the decision to do so with all the information at your fingertips.

This is an article about a world whose western governments changed, overnight, from democracies to tyrannies and fascistic regimes, and if that was the best move for our collective future.

More than ever, Big Tech has gotten involved and is actively banning anything it deems to be “misinformation” — or even anything that suggests people don’t get vaccinated.

The renowned activist Robert F. Kennedy, Jr.’s Instagram account was banned just 15 minutes before he and Del Bigtree were about to air this video on the potential side-effects of the new COVID vaccines.

That video was made up of a panel of trained physicians, scientists, lawyers, (experts, in other words), sharing their scientific views on the potential dangers of the COVID vaccines.

The very essence of science is contention. It is only through disagreement and challenging the status quo that progress can be made: Socrates’s hemlock. Galileo’s persecution for endorsing heliocentricism and being subjected to the inquisition, ending his life under house arrest. These are classic examples that people look at today.

But too often those distant examples are looked at from a lens that says that  “such things don’t happen today.” In this super-modern world, people tend to believe that everything major has already been discovered and that there is nothing new to learn.

The people of the Dark Ages felt the same.

And yet just in the first 18 years of the 21st century, numerous paradigm-shifting scientific discoveries were made.

These discoveries could be made because the entire ethos of science is to:

– Be allowed to talk about it openly in professional circles.

Gone are the days of dogma and physical enforcement of beliefs by a class of High Priests who stand to gain financially or otherwise from the public’s credulity.

Or are those days gone?

Twitter has now started labelling tweets it deems to contain “misinformation” about COVID-19 and vaccinations. But who determines what is misinformation or not?

Facebook will now block “misleading” coronavirus ads. And who determines what is misleading or not?

Yes, we’re in a difficult situation in the world today. And no sane person wants a bunch of con artists running around selling snake oil and Kool-Aid for a quick buck while people are dying.

But do we also want to have our freedoms limited and our liberties taken away because the advertising-funded mainstream media has driven the population into a paralyzing fear that makes it difficult for anyone to think calmly on the subject?

I remember the early days of the pandemic before the lockdowns burst upon the earth like unchecked mushrooms. I couldn’t help get the feeling that I was looking at a bunch of masochists sitting glued to their screens, mouths watering and rubbing their hands together, hungry for the bad news to be reported! It almost felt like the mainstream media was in a state of euphoric ecstasy at the horrors playing out before their eyes.

They drove panic and incited fear.

Just the other day, The New York Times was caught fear-mongering about COVID, trying, a year later, to incite the same degree of panic, frustration and sense of dire hopelessness, which has caused an unimaginable spike in anxiety and depression levels across the world’s population.

But you won’t find The New York Times being censored for “mis”-information by Google.

As we said, these are unprecedented times. But the blanket censorship of information, even when that information is provided by veritable “experts”, is cause for deep concern for our children — it opens the door to a world where nothing is questioned and Big Brother controls everything.

We’re almost there already. But those of us who have a memory of a world where Freedom of Speech was once protected can still do something about it.

In fifty or a hundred years, history will have been rewritten, books burned, and a new ideology brought to the fore where nobody but the High Priests can make any decisions about your or your children’s future.