The Side-Effects of the New COVID-19 Vaccine? - Covid Tests Kit

What Are the Side-Effects of the New COVID-19 Vaccine? 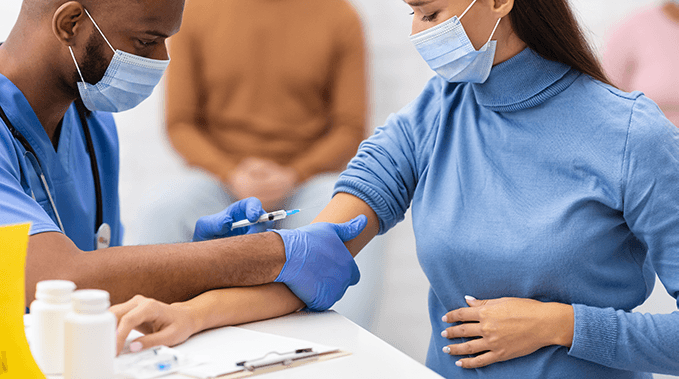 The announcement of the Pfizer-BioNTech COVID-19 in November was met with ebullient joy in many quarters, prompting The Economist to release a moving cover story titled only “Suddenly, hope”.

Indeed, the release of the vaccine brought on a sense of hope for a population which has been driven to fatigue and apathy as a result of the trials of this challenging year.

Alas, our fears and desperate need for a solution to these harrowing times might have silenced many who, under normal circumstances, would peer more closely at this medical breakthrough.

In the late 19th century, cocaine was lauded as a solution to many illnesses and utilised in products such as toothache drops and “Coca Wine” which were promoted as healing solutions. It even went so far as to be suggested as a cure for depression. It wasn’t until 1914 that cocaine was made illegal in the USA. But, by that time, addicts abounded.

Heroin was similarly once produced on a mass scale and used as widely in medicine, touted as a “wonder drug”.

Less dramatic, and yet eerily apt, was the drug Alatrofloxacin, sold under the name Trovan, and developed by Pfizer, the original discoverers of Viagra and also the makers of the COVID-19 vaccine which is currently being shipped out in millions.

Alatrofloxacin was withdrawn from the US market as a result of causing “serious liver injury leading to liver transplant or death” (source).

There is also the controversial (and tragic) case of Pfizer’s involvement in the 1996 meningococcal meningitis epidemic in Nigeria, where Pfizer administered an experimental antibiotic to 100 children. Survivors of the human trials sued Pfizer for alleged violations of the Nuremberg Code and claimed that administration of the experimental drug on the children was carried out without the parents’ informed consent.

The matter was eventually settled out of court for $75 million. Meanwhile, the medical records of those patients have disappeared. And Wikileaks reported Pfizer’s country director hiring private investigators to uncover corruption on the part of the plaintiffs.

In 2009, Pfizer paid a civil and criminal fine of $2.3 billion after pleading guilty to illegally promoting an anti-inflammatory drug called Bextra “with the intent to defraud or mislead”.

Pfizer settled a class-action lawsuit out of court for faulty valves which were alleged to have caused the deaths of 250 people.

There is also historical precedent for vaccines being withdrawn. Some of the reasons for the withdrawal of these approved vaccines were:

What are the Pfizer COVID-19 vaccine side-effects?

A vaccine usually takes over 10 years to develop. The Pfizer COVID-19 vaccine was developed in just a matter of months.

The world has been battered, bruised and beaten in 2020. In the UK, particularly, mismanagement of the virus, lockdowns as well as the well-being of small businesses has left many people desperate to get back to work and to get back to normal.

In such trying times, few people might be keen to ask the following questions:

The COVID-19 vaccine is not only new to the market, but it uses an entirely new method to induce an immune response.

As much as the vaccine is being lauded, the UK government still advises that those who have been vaccinated continue to practice social distancing and wear face masks. It admits that “We do not yet know whether [the vaccine] will stop you from catching and passing on the virus”.