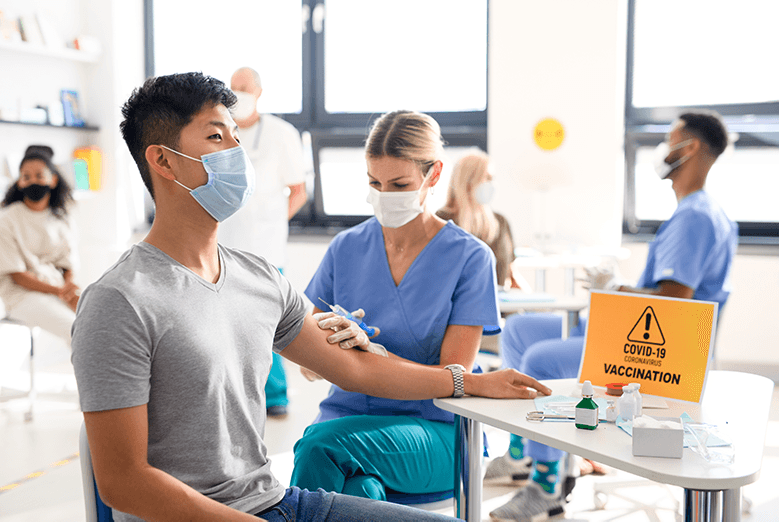 The issue of COVID-19 “passports” has been floated already since the beginning of the year.

The use of the word “passport” for a vaccine is a terrifying one. A “passport” is a government document that grants the bearer full and legal rights as a rightful citizen of whatever country they hold a passport for.

To call for vaccine “passports” is to hint at the fact that those who choose to go unvaccinated might be treated with fewer rights than others.

Yet another blow to democracy in the last 12 months.

Aside from the fact that the science behind the UK’s eternal lockdowns appears severely flawed (lockdowns appear to have increased excess deaths rather than reduce them, and lockdown-rejecting Florida’s COVID-19 stats are unbelievably good), to enforce that an entire population be vaccinated for a virus with a survival rate of 99.5% for anyone under 70 years of age is almost laughable.

Indeed, the survival rate for people 19 years old and under is, according to this article, 99.997 per cent!

Now, let us introduce you to Dr Ryan Cole, who is a Mayo Clinic trained Board Certified Pathologist. He has expertise in immunology and virology and has seen over 350,000 patients in his career. He has also carried out 100,000 COVID Tests in the past year.

In a talk he gave recently, Dr Cole — who is pro vaccines, FYI, and whose own children have received “lots of vaccines”, according to him — pointed out that, historically, a vaccine was defined as the act of injecting a protein, antigen or part of a pathogen into the body to trigger an immune system response and thereby obtain immunity.

He further pointed out that the Pfizer “vaccine” does not fit within that definition, but is in fact injecting a genetic sequence into the human body, which he defines as a “medical device”.

“Historically,” he says, “what we’re doing right now does not fall under the definition of a vaccine.” He further states that the wording of the official register that defines a vaccine was changed just before the Pfizer vaccine was approved.

And then there’s the rushed, emergency approval of this so-called vaccine. Vaccines, to be considered entirely safe, usually take ten years before they are finally, officially approved. The Pfizer and other vaccines were developed in mere months.

Also, whereas it was once unequivocally believed that mRNA can never modify human DNA, a recent study indicates that this might indeed be the case.

That mRNA might actually be able to alter DNA will no doubt be viewed with more than a little skepticism — it is, after all, like telling physicists that gravity actually pushes objects up, not down.

But the observations are there. And if there is one thing the COVID-19 pandemic has taught us, it’s that we don’t  know everything.

Okay, this is absolutely not an “anti-vaccine” post — it is a post that elucidates a number of elements that might be potentially concerning for many types of people, especially parents.

Alas, one of the biggest casualties of the politicized COVID pandemic could be science itself. When YouTube technocrats censor an open discussion of luminaries and health experts regarding masks and the (in)effectiveness of lockdowns, we should all worry about the state of science itself.

It does remind one of the stories we were told about Pharaohs convincing the people that they were gods and so should never be questioned.

Any semi-logical person can see that there are questions. Any person who believes in the Freedom of Speech and the Freedom to Think for Oneself would look at the above evidence and say, “Okay, there might be something more to know here. Let me ask some questions.”

But here’s the point: When Boris J recently pointed out that there might be “ethical issues” with enforcing a Vaccine Passport system, he blatantly failed to mention the largest of those concerns, but only gave a trite “for medical reasons” or “maybe they’re pregnant”.

What about people who cannot be vaccinated on religious grounds? What about parents who are genuinely concerned regarding potential health risks for their children?

Neither of these was cited in BJ’s comments regarding the “ethical issues” surrounding the enforcement of a medical procedure on its people by a supposedly democratic government.

A little over a year ago, we would never have said that governments across the world would jail their citizens, take away their rights, and prevent them from working. We also would not have said that Big Tech — companies we trusted — would embark on a rampage of blanket censorship and so irreparably ally themselves with the muck of politics.

The only thing we can hope for is that the public pushback will be strong enough for government to come up with a plausible excuse that allows it to save face when it retracts its plans to enforce vaccine passports on UK citizens.

An alternative to “Vaccine Passports” is to have people tested for coronavirus before attending an event. A test is easy to carry out and does not infringe on anyone’s rights by making them do something that is against their beliefs or their personal will.